Custom to Motherland No.1 by Cai Zhisong

Limited edition 05/999. Artist signature 蔡志松 is embedded in the base of the sculpture

About
Limited Edition: 5/999,
++ Signature on the sculpture and the Certificate by Artist Liu Song
Year: 2018
Published by S+ (Sina Sculpture+) 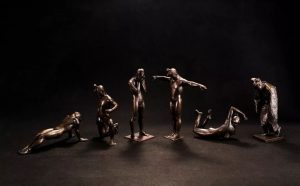 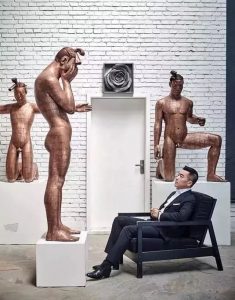 Amongst the numerous awards which he has been awarded, these several are the most important: 2001 the Taylor Prize at the Paris Autumn Salon when he was 29, becoming the highest honor won by Chinese artists in its 103-year history; 2004 he was awarded the President’s prize at Central Academy of Fine Arts. In 2011 he was invited to participate in the 54th Venice Biennale. 2012 he was selected as global “100 Art Leaders” on the cover of “Art Actuel” in France. In the same year, he was rated “Art Authority Figures”. 2013 he was honored as Mr. Uno, and was also selected as 2013 Global Chinese Fashion Leader. In 2014 Cai won the Rockefeller Chinese Outstanding Young Artist Prize and was granted the Annual Influence Special Artist Award. In 2016 Cai was honored China Robb Report “Best of the Best” Annual Artist. In 2017 he was honored the “Man of the Year (Art)” in the 14th Esquire, and the “Art Leaders”.

Care Instructions
Clean with a soft cloth attached. The more frequent wiping the more glittering the sculptures are

Goods will be usually dispatched within 3 working days after the payment has been received
Delivery Cost within mainland UK- £30.00 incl.insurance

The item will be delivered by a bespoke Art courier service.

We deliver all our goods internationally. Please email us at info@nookdeco.co.uk with your enquiries. 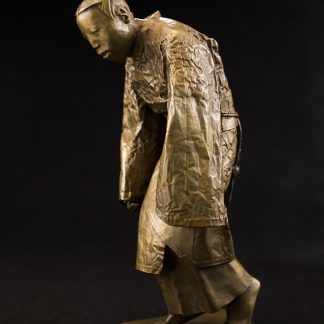